Late Forties: in the middle of the post-war years, a small wood workshop in Spinetta Marengo, which had in business for the previous 20 years,  smartly profited of Marcel Zosso’ s brilliant proposal to start producing football tables.  The first models in Italy, manufactured thanks to the cooperation of some convicts from the local prison, were an immediate success.  In the early Fifties the production reached 12 thousand units. The workshop owner was Renato Garlando, a far-seeing entrepreneur able to turn a handicraft product, with legendary origins, in a game nowadays played everywhere around the  globe.

The company was officially established in 1954 and its expansion was also helped by the production of high quality pool tables, then of table tennis tables and air hockeys.  In the following decades Garlando became a modern industrial factory with an up-to-date organization and machineries. New markets were opened and new products introduced.

Up to all the Eighties, Garlando mainly worked in the operators’ field. The boom ware registered in the Seventies, when the company football tables “invaded” the  Unites States. Today there still are many of these tables around, which gained a reputation of vintage and modern art objects.

In the Nineties new steps ahead were taken while the turnover took off, the North African and East Europe markets were added, the product range expanded to meet the requirements of new segments of public.
Today Garlando counts 68 official dealers in 44 countries.

In 2002 the company left the historical headquarters in Spinetta Marengo to move to the new location in Pozzolo Formigaro, covering over 10 thoudand square meters.

Garlando has backed up the traditional line that has made the company history also building a significant presence in the sport and outdoor games field, both by expanding its offer under different brands (Toorx, Everfit, Equinox)  and by distributing worldwide famous brands: Stiga, Kettler, Hapro, Unicorn, Falk.

Since 1954 Garlando has been manufacturing and marketing articles for sport and leisure, characterized by quality production and Made in Italy design, which won the company registered patents and safety certifications.

The traditional line, produced by a particular synergy between handcraft and technologies, comprises the creations that made the company history: football tables, pool tables, table tennis tables and air hockeys.

More recently, thanks to an experience of several decades, Garlando has been building a significant presence in the sport and outdoor games field, both by expanding its offer (to include trampolines, basketboards, soccer goals and swings) and by acquiring the sole agency of worldwide famous trade marks.

The Stiga  range – the Swedish company is the number one in the production of tennis table bats – features not only tennis tables and accessories, but also equipments for the badminton and the minitennis, table games (football and hockey), scooters, swnoracers and sledges.

Following the agreement with the German multinational corporation Kettler, Garlando gains the opportunity of successfully working in the home fitness sector, also emphasizing its presence in the distribution of open air structures for children (swings and sliders) and games with wheels.

The cooperation with Hapro, the Dutch manufacturer for sunbeds, satisfies the requirements of a public that makes wellness a priority and  that is after the best to obtain it.

In 2010, Garlando introduces its own darts with the new brand Equinox, while contemporaneously beginning to represent the prestigious English world leader Unicorn. 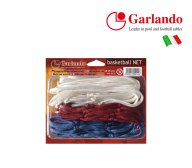 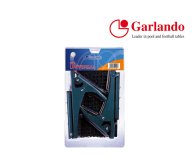